For just the second time in team history, the Vikings will be crossing the pond and playing a game outside of the United States. The Cleveland Browns (0-7) have yet to win a game this season and things seem to be getting worse. Iron-man left tackle Joe Thomas has played over 10,000 consecutive snaps in his illustrious NFL career before going down for the season last week with a torn triceps injury. The injury doesn’t exactly bode well for a team that’s being led by a rookie quarterback in DeShone Kizer and facing a defense that has a few defensive player of the year candidates on their roster. You may smirk and laugh heading into this game, but crazier things have happened in the NFL. The most dangerous teams in the league are the teams that have nothing to lose…and when you’re 0-7 that’s exactly the position you’re in.

The Browns are one of just two teams left in the league that has yet to win a game this season. The other being the San Francisco 49ers. Does losing seven straight games to start the season actually mean the Browns are bad though? Probably. But when you read between the lines, this team might actually be better than their record perceives. The Browns have lost four games this season by a field goal, including a heartbreaking loss to the Tennessee Titans in overtime at home last weekend.

Spencer Drango will be filling in for the absence of Joe Thomas this weekend and will be tasked with the job of protecting DeShone Kizer’s blind side from Everson Griffen who is currently 3rd in the league in sacks with 9, through 7 games. Cleveland’s quarterback situation has been a mess for nearly 20 seasons but at the moment it seems to be that the rookie DeShone Kizer is the best option they have to place under center. When you look at his numbers you may scratch your head and wonder why Hue Jackson even puts this kid on the field. Kizer has only thrown 3 touchdown passes this season and leads the league in interceptions thrown (11), but when the Cleveland offense has had much of any success this season it wasn’t Cody Kessler or Kevin Hogan leading the charge…it was DeShone Kizer. Facing a top 5 defense isn’t a fun situation to be in for a rookie QB, but maybe the London crowd will benefit Kizer in a way that we can’t understand.

…or possibly destroy any confidence that he may have left.

Scouting the Opponent with Zac Jackson

This week Zac Jackson of “The Athletic” Cleveland answered some questions for me regarding this weeks Vikings-Browns matchup. For Cleveland Browns and NFL insight you can give Zac a follow on Twitter at —> @AkronJackson

Browns Prediction: “Browns play well for awhile, frankly because they just needed to get the hell out of Cleveland.” 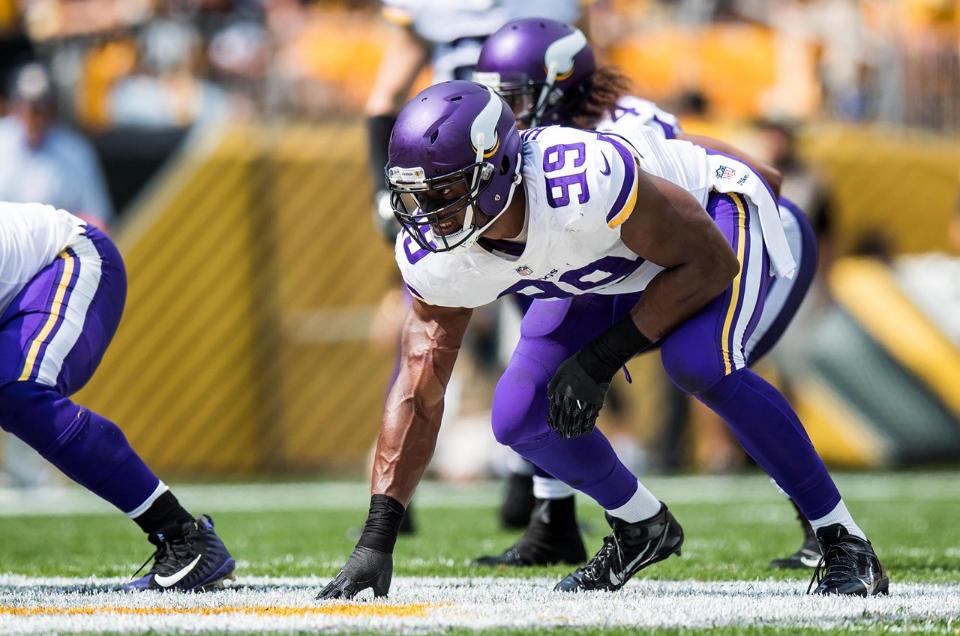